Find a distributor near you

As of March 2022, iButtons are no longer being used in consoles with software version 10.C or later. The software features will be stored directly on the CPU Boards. The CPU Boards will still have a socket for the iButton but will have a “NOT USED” decal included (see image below).

IMPORTANT: The iButton is still needed for consoles with software version 10.B or prior. 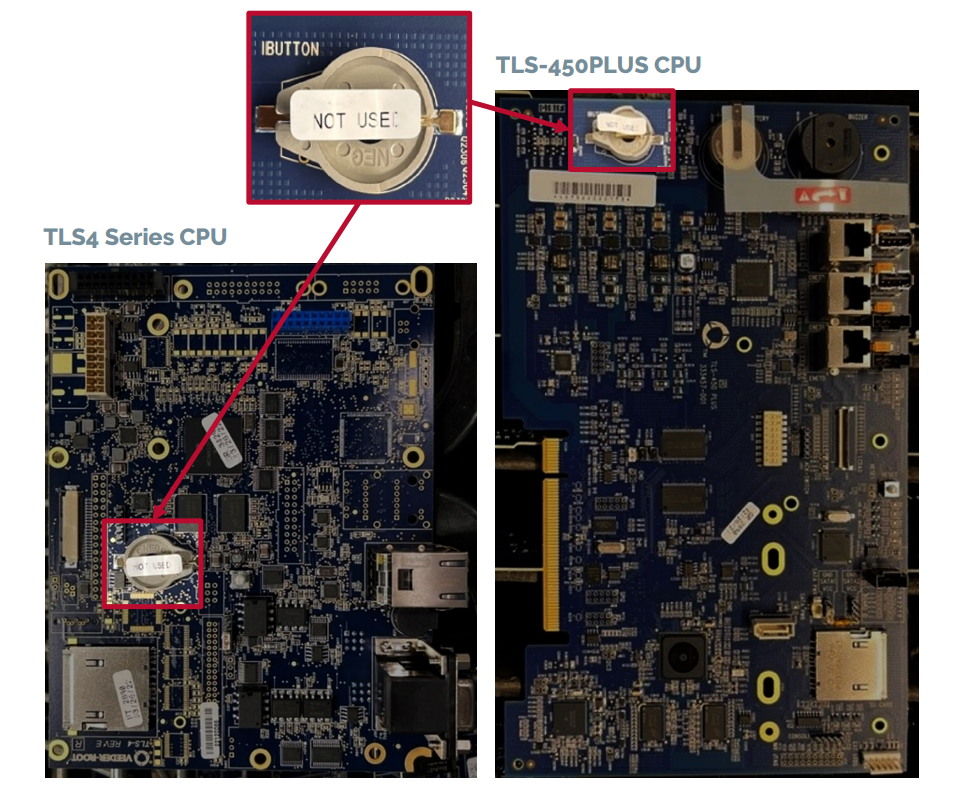 Replacement iButtons are no longer available.

Migration kits are no longer available for purchase. Last time buy was December 31, 2021. However, if you have a migration kit, follow these steps to migrate a TLS-450 to a TLS-450PLUS console.

IMPORTANT: Do not move iButton to the new CPU.

Note: In some circumstances, a “Media Access Error” may occur but will clear once the database restore is complete.

EDIM Programming & Troubleshooting for the TLS-450PLUS

Getting started with the new VeederTEC training programs